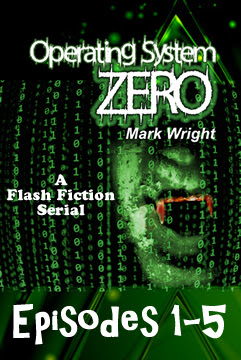 Posted by WriterMDW at 10:49 AM No comments: 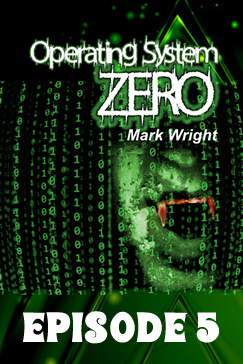 Curtis:
"What's wrong with you two morons," She says as she slams the door.
The house was ransacked, and blood splatters strewn across the walls. Rick and I each take a seat to rest or bones while we watch her continue what she was doing before she saved our asses.
“Who is she,” I ask Rick, never taking my eyes off her.
“How in the hell do I know,” says Rick.
“Well she lives next door to you, ” I say.
“No, she doesn't… Tom lives here,” says Rick as he slowly glides his eyes across the splattered walls that are dripping blood in a few spots.
He sees a tennis shoe attached to a leg coming from under the sofa sitting crooked to the wall halfway across the room. He taps me on the arm softly and points to the couch.
“Is that your neighbor?” I say as Rick stares down at the tennis shoe and the leg saying nothing.
I nudge Rick on the arm and say quietly, ”Is that Tom?”
Rick stands up slowly, moves over to the backside of the couch and puts his hand over his mouth ready to puke. I can't help but watch Rick as his options have come to an end and clearly view what little food he had eaten in his emergency bunker shooting as projectiles from between his fingers.
"What's going on in there, " I hear the lady yell from the back of the house as I watch Rick spit what's left from his mouth and fling what hangs from his hand onto the wall covering dry specs of blood.
"Rick," I say quietly as I motion with my hands for him to return. He shuffles back to his seat wiping the remainder off his hand onto his pant leg.
Rick and I sit curiously wondering who the lady maybe or simply what her name is. She has our weapons including the System Zero GPS device.
"Do you have a secondary sidearm on you hidden anywhere?" Says Rick.
"No, what about you," I say.
"Nothing for incapacitating her in an immediate response," says Rick, "what are you doing?"
"I am trying to get a feed from the chip," I say as I tap on the chip behind my ear.
"Come on Curtis," says Rick, "I didn't help design the chip but can guess it's only a receiver."
"Hold on a second,"  I say as I keep tapping on the chip.
Rick and I hear a small beep from the System Zero device sitting in the same room our protector, but also our captor is located.
"Cut that out," she yells while still working on something we are clueless about in another room.
"Who are you," I yell to her. We wait and hear nothing.
"Yea, who are you lady," Rick yells.
She walks back into the room we are sitting in and says, "I'm the only person you should be trusting right now." She throws me a strange looking pistol then throws the same type pistol to Rick.
I look at the gun she threw to me and say, "I don't get it."
"I'm going to have to agree with my friend. I don't get it," says Rick
"Be careful with the firearms, they will go off," she says as we inspect them showing them no respect.
"Lady they are made of plastic and are just toys," I say as I point the gun at Tom's tennis shoe his dead foot resides in to prove my argument. I pull the trigger.
Tom's tennis shoe explodes with no remorse and liters the room even further but this time with rubber, bone, flesh, and substantial chunks of sticky blood.
I pause with a blank look on my face and stare at the so-called toy pistol.
"Watch where you're pointing that thing," eagerly says Rick as he gestures his words.
“The guns are not toys,” she said,” they may resemble them but are in no way just toys.”
I stand up and say, “Excuse me but who in the hell are you,” as I sternly look at her expecting nothing but the real answer.
“My name is Sherry, I am a bounty hunter,” she says.
“Why did you kill Tom,” Rick says.
“I didn’t…”
“He sure looks dead to me,” Rick says with a smart ass tone in his voice.
“Look guys, I am here to get collect as many items as possible from Tom’s 3D Printer,” she says.
I hold my gun pointing it toward her with my finger around the trigger. “Thanks for saving our lives outside but we need some answers and when I say answers I mean we need the whole story.”
She points at her gun safely not to pressure me into pulling the trigger on my gun and says, “Who’s gun killed the zombies?” Her gun looked exactly like the ones she had handed Rick and me.


Here are some books I have short stories in that are on Amazon, Barnes & Nobles, BAM and Kobo 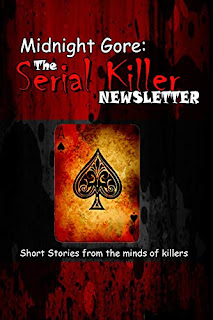 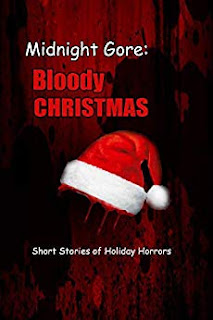 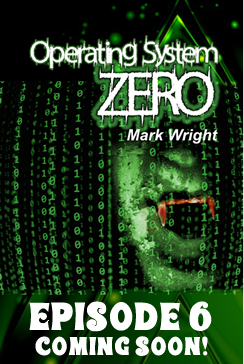 Posted by WriterMDW at 4:54 PM No comments: